I decided to participate in The Curious Professor Z's monthly home assignment this time. Mostly because I don't have much to say right now.

When she announced the theme we had a marvellous weather a lovely warm sun melting away the snow in several weeks, not very easy to come up with a rainy post. But the typical unreliable April weather arrived with snow/wind/rain/sun...whatever. 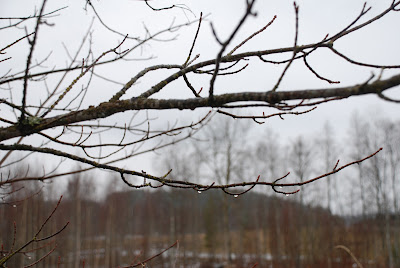 As I took these pictures I saw others taken a few miles away at snow caos on the roads. At home the rain was pouring slowly down.
The easter feathers at the bunny's pasture is hanging wet and moody.
By the way, I'm sad to announce that the other bunny had to be taken away. We only had him 2 months until I found his condition was so bad that his life was a pain :(. His gnawing teeth was gone and he had problem with his back. 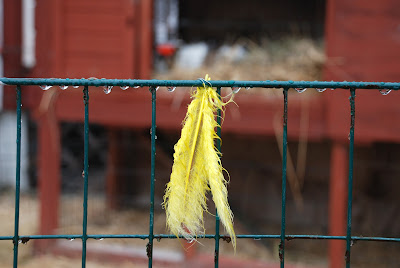 This is another ugly picture of how our garden looks right now. A melting pile of snow with a plastic chair seemingly hovering over it. I have tried to remove it but it's stuck in the ice. 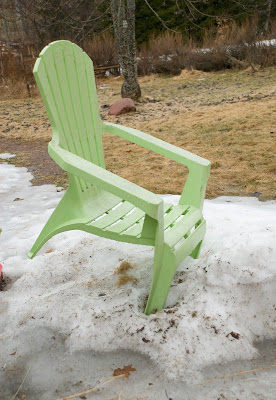 I think this jacket is lovely. It's not water resistant but wind. I wish I could afford it though. The more I think of it, the more I know I need new otdoor clothes 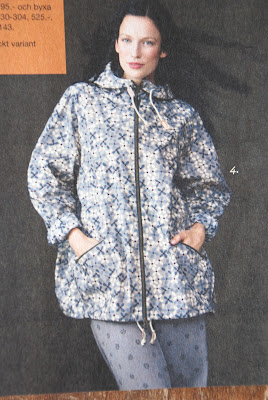 Can be found here at Gudrun Sjödén.
Tomorrow I have something fantastic to look forward to. Something I have wanted to do for so long time. Going to see a performance of Cirkus Cirkör. This circus is animal free and they always show innovative and artful acrobatics.